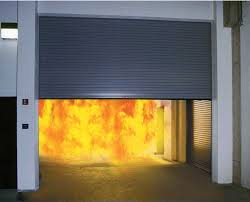 According to a recent article in FIRE ENGINEERING magazine, fire-rated doors and walls are considered passive fire protection and often get little publicity. When fire-rated doors do receive publicity, it is often because of a failure resulting from poor maintenance or from having been blocked open before the fire. Fortunately, these incidents are rare due to conscientious building and fire inspectors and the building owners and managers who maintain them as required by the building and fire codes, and by National Fire Protection Association (NFPA) Standard 80, Fire Doors and Other Opening Protectives.

Fire-rated doors can provide a valuable line of defense for firefighters by separating: