Politician Lobbies for Fire Sprinklers in Every Home 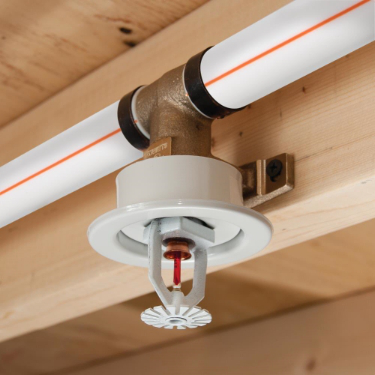 Following a devastating, residential fire in New Jersey that displaced more than 1,000 people, the developer plans to include sprinklers and other fire protection systems in its future developments. The company, Avalon Bay, which built the 408-unit complex in Edgewater,NJ, will include more sprinklers and other safety features in its future housing developments in Maplewood and Princeton, New Jersey. “I’ve said all along that this [is] in their best interest

to go above and beyond the current code, given what happened in Edgewater, so I do think this is a positive development,” said Princeton Mayor Liz Lempert. If one legislator gets his way, homes across New Jersey will be protected by these safety measures, particularly home fire sprinklers. As a recent guest columnist for The Star-Ledger, New Jersey State Assemblyman John Wisniewski defended his decision to reintroduce the New Home Fire Safety Act, which would require sprinklers in new, one- and two-family homes. Read what Wisniewski has to say by visiting the Fire Sprinkler Initiative blog.