Candles cause thousands of fires per year 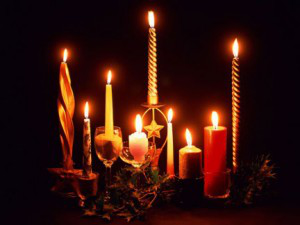 According to a report by the National Fire Prevention Agency, from 2006-2010, fire departments responded to an estimated 11,640 home structure fires started by candles per year. These fires caused an annual average of 126 civilian deaths, 953 civilian fire injuries, and $438 million in direct property damage. Candles caused 3% of the reported home fires, 5% of home fire deaths, 7% of home fire injuries, and 6% of direct property damage during this period. On average, 32 home candle fires were reported per day. The home candle fire statistics that follow are based on 2006-2010 time period.

Twelve percent of the home candle fires occurred in December, 1.5 times the monthly average of 8%. December candle fires often involve combustible seasonal decorations that would not have been present at other times of the year. From January to November, decorations were first ignited in only 4% of the home candle fires. This jumped to 11% in December. In other words, the heightened candle fire risk around the winter holidays reflects a combination of increased candle use and more things that can burn in the area around the candles.